By virtue of Republic Act 10661, the National Children’s Month (NCM) in the Philippines which commemorates the adoption of the United Nations Convention on the Rights of the Child (UN CRC) on 20 November 1989, is celebrated every November. Virlanie joins this celebration. The Rising Youth, Virlanie’s youth-led organization, organized a Virlanie-wide activity involving all children from the community, street and residential pillars.

The first part of the event involved plenary sessions on disaster risk reduction management, drug abuse prevention, child sexual abuse prevention, and HIV awareness. Through these sessions, children became more aware of specific action points to feel safer and become more vigilant towards their surroundings. “It’s important that we know our rights for our own protection and to educate more children,” Angela, one of the children who attended the event shared.

During the morning session, several children also joined the slogan and poster making contest. They are divided into two categories: Children and Young Adults. Winners are later announced at the afternoon session.

Among their slogans and posters  are the following: 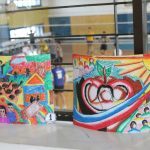 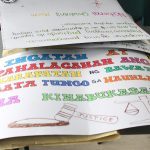 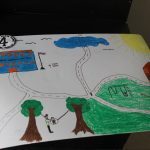 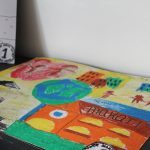 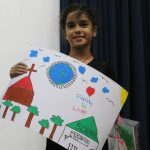 The afternoon session is the highlight of the event. Hosted by Virlanie youth, Mark and DC, all 250 children gathered at the hall to hear inspiring messages from Virlanie Program Director, Cenen Milan, Founder and Chairman Emeritus, Dominique Lemay, and Executive Director, Thomas Mouliac.

The Council for the Welfare of Children Undersecretary, also sent a video message for the staff and children of Virlanie.

To raise awareness of younger children on their rights, the Virlanie youth also prepared vlogs about child rights which were presented during the event.

All children and staff also raised their hands for the Panatang Makabata, a solemn oath on the promotion and protection of the rights of a child.

After being inspired from the speeches and vlogs and pledging to protect children’s rights, the children and Virlanie staff were entertained by a series of performances from each home, community and street program.

See a clip of their performance here:

The Rising Youth also performed their original speech choir piece, Kamalayan, which talked about the abuses that children in the streets face.

See a clip of their performance here too:

Cute dance performances were shown by babies and toddlers and children with special needs from Babies and Toddlers Home, Marco Polo Care Center, and Aime Home. Masaya and Tanglaw Home inspired the audience through their interpretative dance and song performances.

See a compilation of their photos here:

Kids from Mobile Unit showcased their talent in singing while telling a message of “No Bullying” to the audience.

Here’s a photo of their performance:

Teens from the community, Elizabeth Home and Ella Yallah Home showed off their great dancing skills through hiphop performances. Trina, a girl from the community also performed a solo Filipino folk dance called Pandanggo sa Baso, where she danced with a glass of water balancing on her head and hands.

The program ended with the recognition of all the Virlanie staff and youth who organized the event. It is through celebrations like this that staff and even children, themselves, are reminded to respect and fulfill children’s rights.